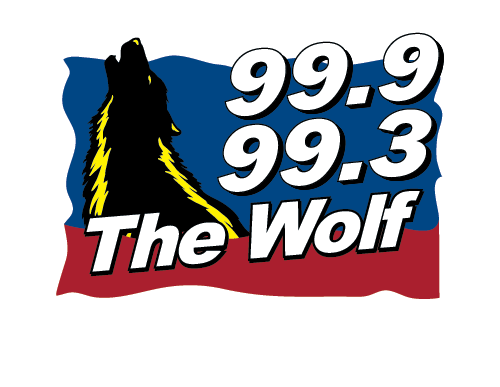 Walker Hayes: Glad You're Here Tour stops in Portland, ME on Thursday, October 6, 2022.

General public on sale is Friday, August 19 at 10AM

Ticket start at $35 plus applicable fees. 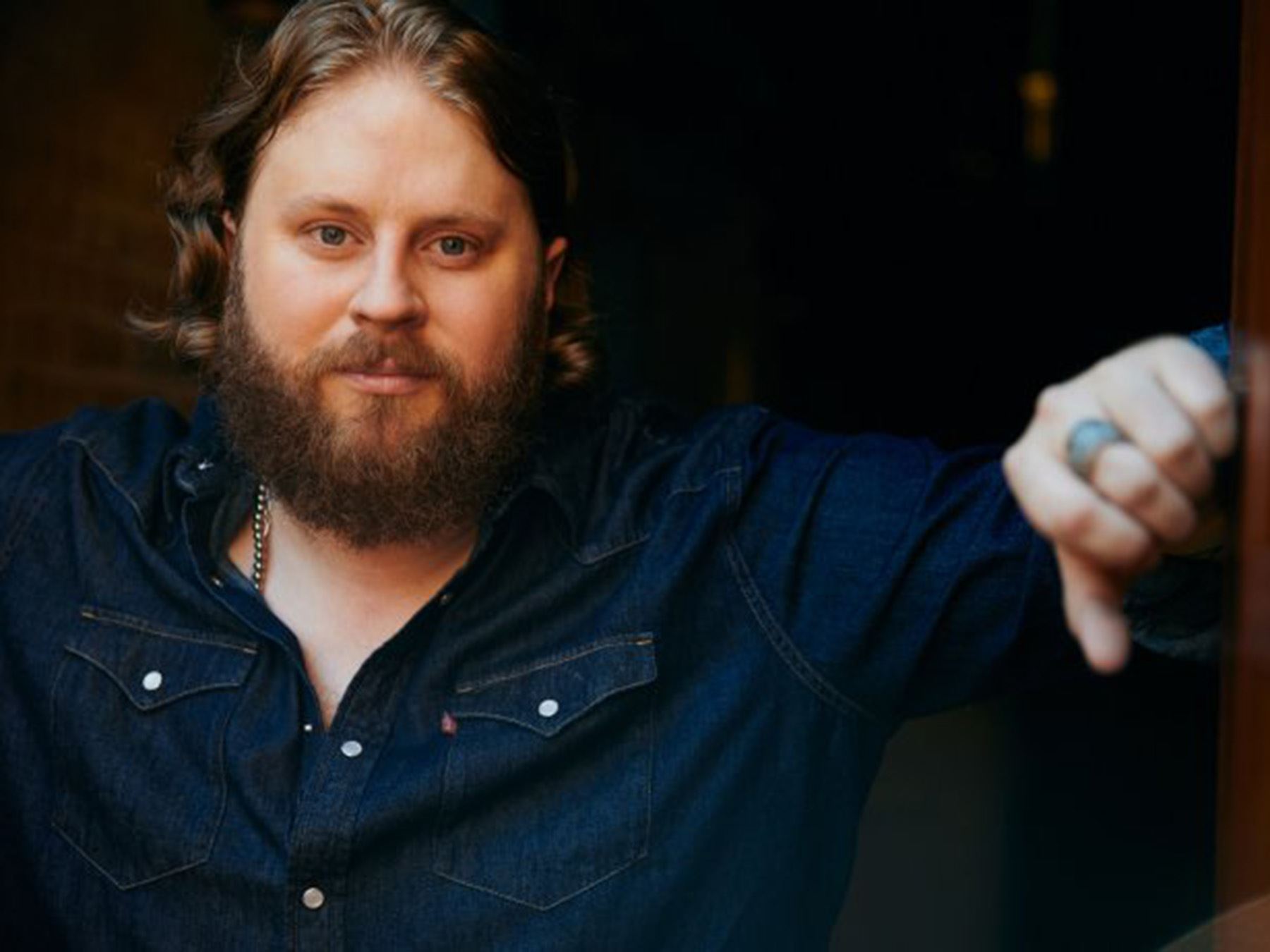 In his 25-year career in Country music, Trace Adkins has sold over 11 MILLION albums, charted over 20 singles, earned numerous awards and GRAMMY nominations, and garnered over TWO BILLION streams. A Grand Ole Opry member for nearly two decades, the Louisiana native is known for dynamic baritone and fiery, always-memorable live performances, and has expanded his Country career to include film and TV acting. He broke out in 1996 with the debut album, DREAMIN’ OUT LOUD, cracking the Top 5 of Billboard’s Hot Country Songs chart with “Every Light In the House Is On” and following with the #1 smash, “This Ain’t (No Thinkin’ Thing).” Since then, Adkins has pioneered a mix of classic Country minded traditionalism and adventurous, good-natured showmanship, breaking open new avenues in modern Country through fun-filled hits like “Honky Tonk Badonkadonk” and “Hillbilly Bone” (with Blake Shelton). He’ll celebrate the silver anniversary of his album debut in 2021 with THE WAY I WANNA GO, doing exactly what he always has–mixing pure-Country reverence with standout collaborations featuring Blake Shelton, Melissa Etheridge, Snoop Dogg, Stevie Wonder on harmonica and more. Adkins’ newest single “Where The Country Girls At” (featuring Luke Bryan and Pitbull) is available everywhere now.

Find out more at https://traceadkins.com/. 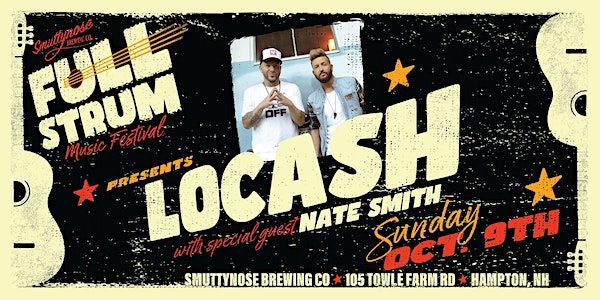 Tickets to the event can be purchased starting September 6th and continuing through the week of the show. Prices start at $65 for general admission plus processing fee. The concert will take place outside on the 4 acre field adjacent to the brewery, rain or shine, and the campus will be closed to the public on event weekend so only ticket holders will be able to access the venue.

Preston Brust and Chris Lucas have earned three GOLD career hits, two #1s (what are they), two acclaimed albums, and nearly 500 MILLION global streams since 2015. The pair have also received multiple major award nominations, but when you build a fanbase on the outskirts, it’s no surprise that their first trophy came from the fans. In 2020, the duo won a Waffle House Tunie Award for Breakout Band of the Year, based on jukebox play at the short-order chain where the discerning after-closing crowd knows what rocks.

Showcasing another side of the duo’s well-known wry humor and raucous leanings are the vibey “Sippin Sunsets” and “Chillionaire,” which boasts about a cooler full of “I don’t care.”

Boisterous and unrestrained performers, Brust and Lucas have attracted the attention of iconic national brands including the first Pepsi Tailgate Tour, a multicity stadium tour of key college and NFL matchups, plus MTN Dew’s newly launched Woods Or Water Getaway campaign. On the horizon is a to-be-announced project with the Outdoor Channel.

Reaching fans where they live and play matters, but Brust and Lucas are also family men with full lives and growing families offstage.

They met as DJs but forged a bond comparing musical notes and working on harmonies between sets. That kinetic creative exchange resulted in an undeniable stompy, rough-hewn sound of gritty soul swathed with gospel harmony.

As successful songwriters, they have penned hits for other artists including Keith Urban’s #1 “You Gonna Fly” and Tim McGraw’s Top 10 “Truck Yeah.” And they have had their own high charting GOLD-selling singles including “I Love This Life” and #1 “I Know Somebody,” plus recent Wheelhouse releases “Feels Like a Party,” which was co-written and produced by Corey Crowder and Tyler Hubbard, and the #1 “One Big Country Song.”

Their success has caught the attention of Country music tastemakers with Duo of the Year nominations from the ACM, CMA, and CMT. But those industry nods are a derivative of their genuine connection with their fans.

Featuring a mix of gritty backwoods soul, rock ‘n’ roll swagger and velvet-thunder vocals, Nate Smith is Sony Music Nashville’s latest signing whose personal journey inspired him to be a beacon of country-music hope, an inspirational mission he puts front-and-center. A California native, former worship leader, and lifelong music lover, Smith approaches that mission with a background as eclectic as it gets. Learning guitar at 13, Garth Brooks, Elvis Presley and Bob Seger were among those informing his powerful, fire-from-within vocals, while Michael Jackson made him crave the spotlight and Nirvana gave his sound a jagged edge. He first chased his neon dreams to Nashville in his early 20s – but it didn’t stick. The disheartened Smith returned home and thought he was “100-percent done” with his artistic journey…until a crucible of change burned away the past.

In 2018, Smith lost everything he owned in the devastating Camp Fire which tore through Paradise, California, now known as the deadliest and most destructive wildfire in the state’s history. Although his family was safe, he struggled to cope and turned back to music, hoping that it would help comfort himself and others. Help it did, inspiring a month-long road trip across the U.S. to Music City, writing music and playing dive bars along the way. Soon after his arrival to Nashville, Nate released his biggest song to date, “Wildfire,” and landed a publishing deal with Sony ATV. Since then, he’s released new music including “Sleeve” and “Under My Skin,” which has amassed over 60 million on-demand streams to date. The singer was named a Spotify Hot Country Artist to Watch for 2021 – an accurate prediction as he rounded out the year with a record deal and two brand new songs: “Raised Up” and the viral TikTok hit “I Don’t Wanna Go To Heaven.” The powerhouse vocalist is now making waves with his latest release, "Whiskey On You," which is currently climbing the country radio charts. Nate is managed by Kevin “Chief” Zaruk and Simon Tikhman with The Core Entertainment.

Due to COVID-19 restrictions, changes to the event or venue may occur. Event specific information will be shared with attendees and posted on the Full Strum Music Festival social media and website.

To keep fans, event staff, and organizers safe, Smuttynose and Full Strum Music Festival continue to monitor COVID-19 trends and meet or exceed protocols mandated by the local government. By purchasing tickets to this event, unless prohibited by law, you agree to abide by the health and safety measures in effect at the time of the event, which may include, but not be limited to, wearing masks, providing proof of vaccination status and/or providing proof of negative COVID-19 test. Entry requirements and venue protocols are subject to change. Event specific information will be shared with attendees and posted on the Full Strum Music Festival social media and website.

Performers, Artists, Acts, Players are subject to change or cancellation at any time without notice. No refund will be owed if any performer, artist, act, player or any other scheduled performance, person or group is changed or canceled and the event still occurs.

All purchases are non-refundable and not able to be exchanged.

Unless otherwise determined, all events are considered RAIN or SHINE. No refunds will be given due to inclement weather. 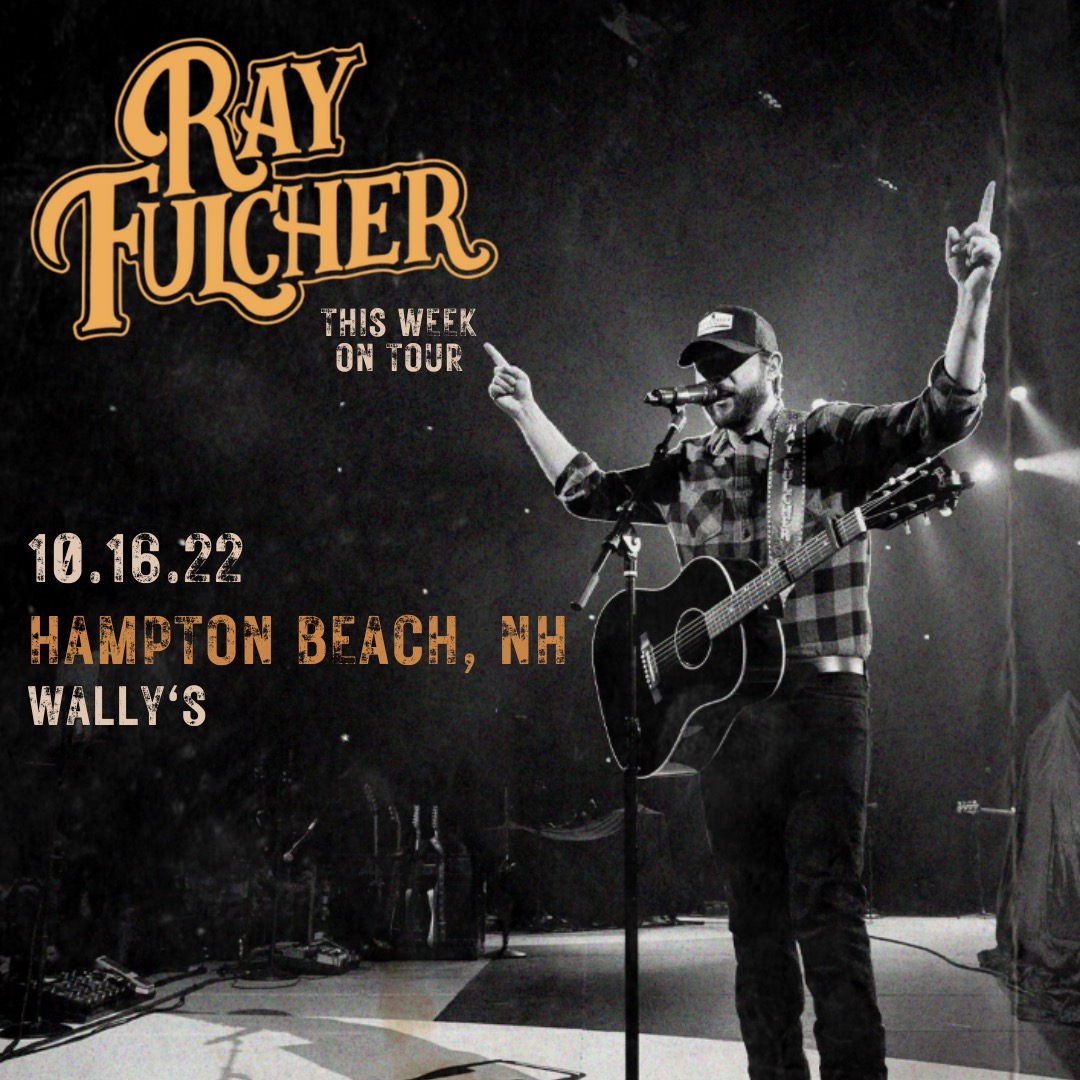 Due to REDUCED levels (Medium or Low) of COVID-19 community transmission in Penobscot County, face coverings are welcome, but NO LONGER REQUIRED while inside the Cross Insurance Center. At this time, we are not requiring proof of vaccination or proof of a negative COVID test. We reserve the right to do Temperature Checks and/or not grant access to any guest(s) that are demonstrating COVID-like symptoms.

For updates on this, please continue to check our website, our social media channels, or call 207-561-8300. Thank you for your understanding & cooperation. Please get vaccinated and let’s keep Mainers safe! 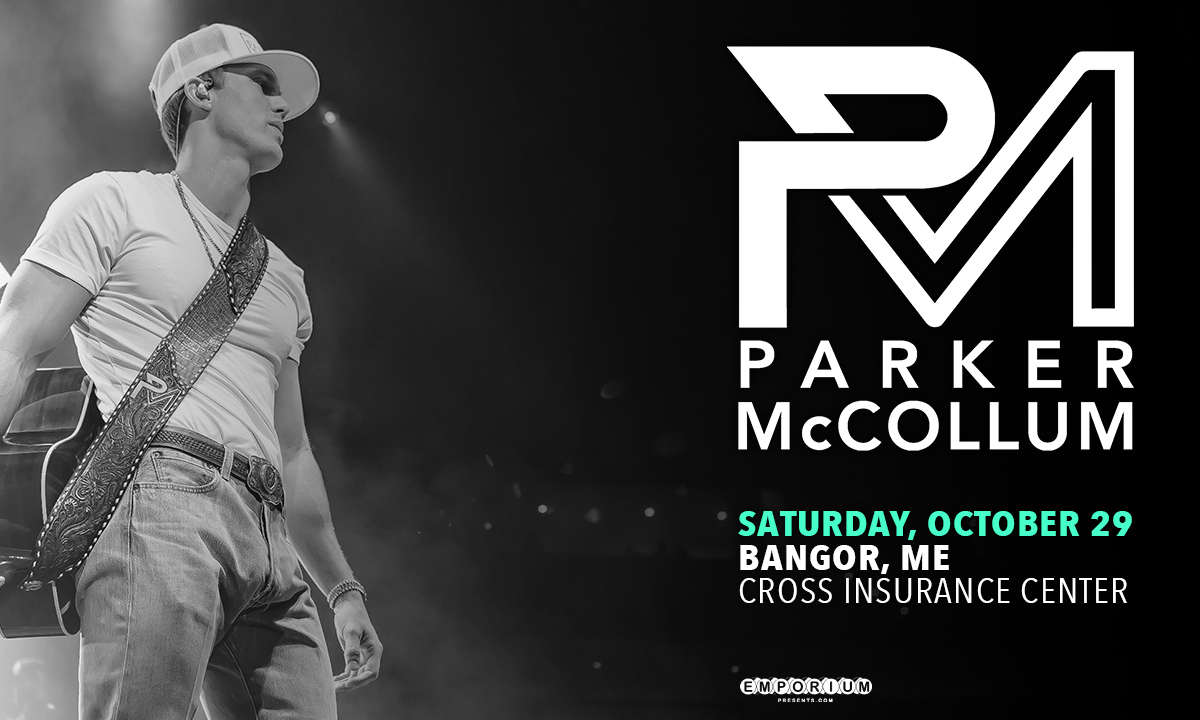 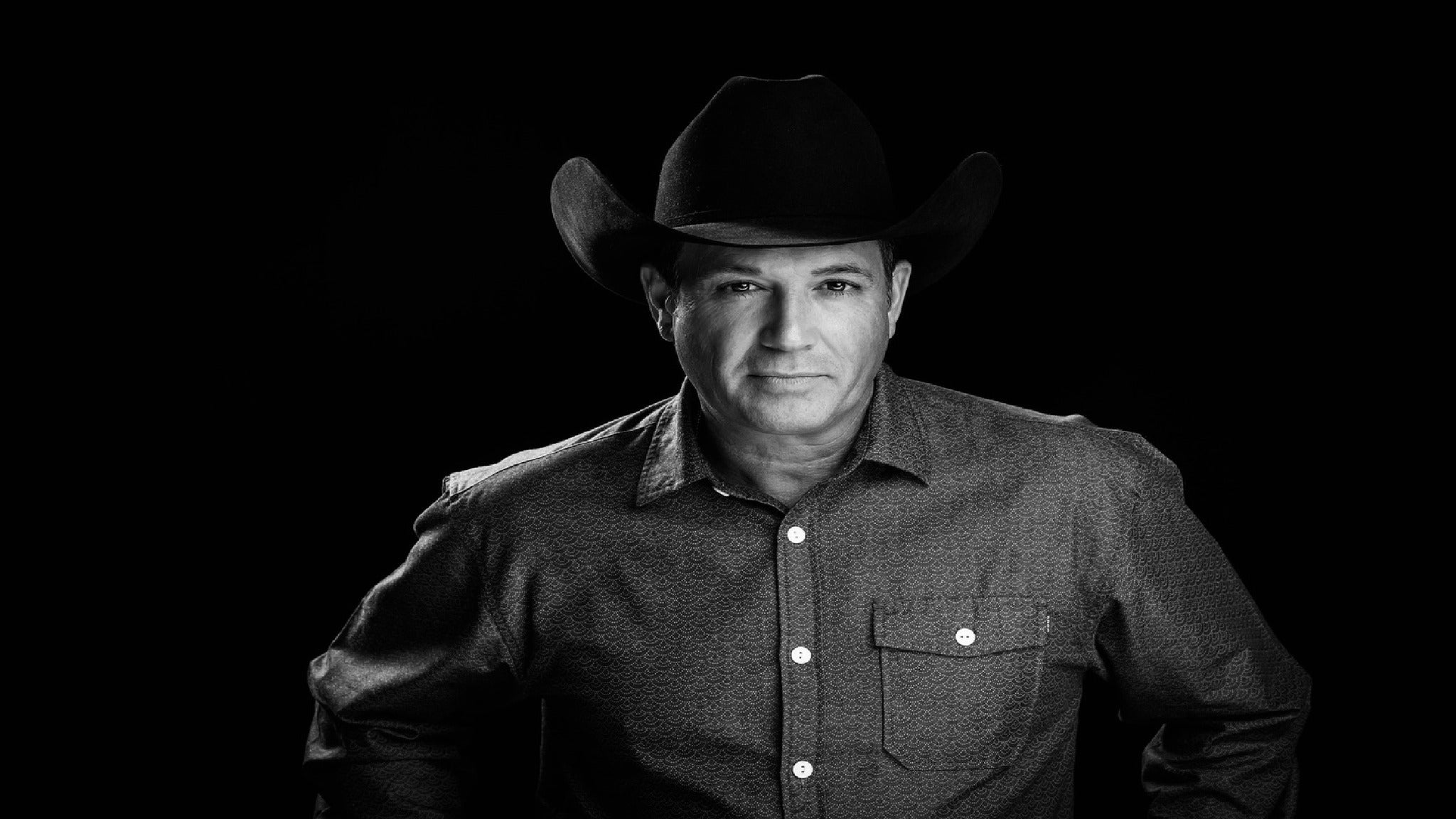 Full tour details can be found at www.lukecombs.com.